Recently, a group of riders from Great Britain travelled to Holland with their horses to compete at Exloo Internationaal 2015 which was also a qualifying competition for the Dutch Team. There were many good horses and riders and it was great to have some of our own riders among them! The competition started on Friday morning with the gaited classes (four gait, five gait and pace test) in which everyone took part. Dave and Lina was the first combination to ride and rode a respectable test in the V3, followed by Andrew and Hafeti who managed 3rd place in the F2 and the A final! Mike and Kafteinn competed next in the F1, and also finished 3rd and in the A final! 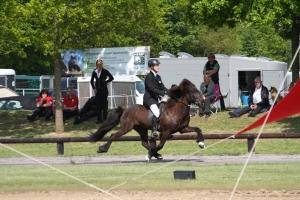 Next to ride was Nadine and Odinn, Freija and Ljori and Torben and Pip who competed in the V2. Nadine rode a great test and ended in 7th position and in the B Final! The next class was the V1 in which Ann with Brjann took part and Jemimah on Kraftur, who managed to ride into the A final! The final class of the day was the PP1 pace test in which Andrew and Mike took part. Both riders did well but unfortunately missed some pace which meant they weren’t in the top but it was a great event to watch! 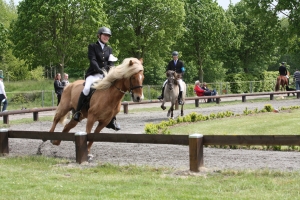 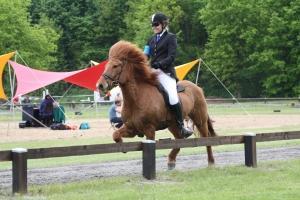 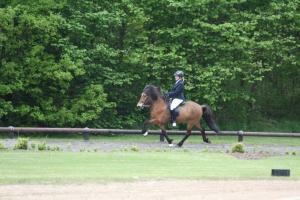 Saturday were the Tolt classes, Dave and Lina rode an excellent test, followed by the T4 riders; Nadine, Elizabeth and Freija who ended up in 7th and 9th positions. Ann and Brjann and Torben and Pip next competed in the T3 which was followed by the SpeedPace in which Mike and Andrew competed. Mike and Kafteinn did some very fast pace but broke just before the end and Andrew managed a time of just over 9 seconds. After lunch was the T1, in which Jemimah and Kraftur managed to secure a place in the A final with a score of 6.87. Finally, it was time for the V2 B final for Nadine and Odinn who finished 9th. Well done to Nadine! 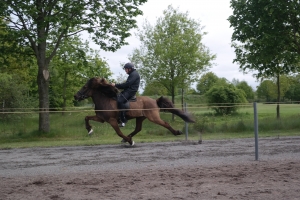 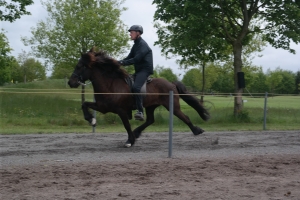 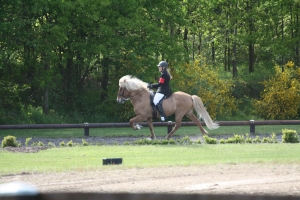 Sunday was finals day! Jemimah rode in the T1 final early in the afternoon and ended in 3rd place! Next to go was Andrew and Hafeti who did an amazing start, getting high scores for tolt! Unfortunately, Hafeti was only in the mood to tolt or pace so Andrew ended up in 6th place but they gave a good show! Mike rode a great F1 final, but Kafteinn had a lot of energy and the pace runs weren’t as successful as hoped which meant they ended in 4th place. The final combination to ride was Jemimah and Kraftur in the V1 final who ended up in 2nd place and with a big grin! 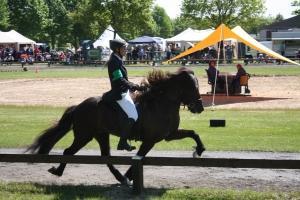 Well done to all who took part!

(All photos by Dave Savage)