A new element of competition will be introduced at the IHSGB Summer Festival this year – a Team Test.

Each entry in to a class will be randomly selected to form a team!  This will take riders from each level of competition and also anyone contributing towards the Festival (i.e anyone who pays a base fee!). 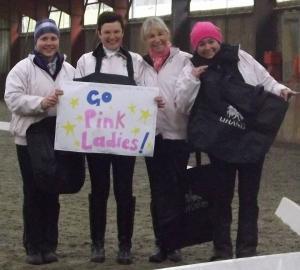 Six teams will be created

o   Teams will then be encouraged to create a name based on their allocated letter, get to know each other and begin their battle plan!

o   Where a rider has more than one horse entered – only their highest scoring horse will be used to calculate team points.

o   The ‘Team Test’ will not involve horses – but skill, intelligence and some fun!

This will be fun and the onus will be on the teams to support their team mates and gain the most overall points to be crowned the winners!  Good luck!