“The Little Team That Keeps on Growing”

Great Britain was represented at the World Championships for Icelandic Horses in Oirschot, The Netherlands from 7th – 13th August 2017, by a team of six senior and two young riders.

Team GB made equestrian history in 2017 winning Gold, Bronze and 5 rosettes at the World Championships for Icelandic horses. 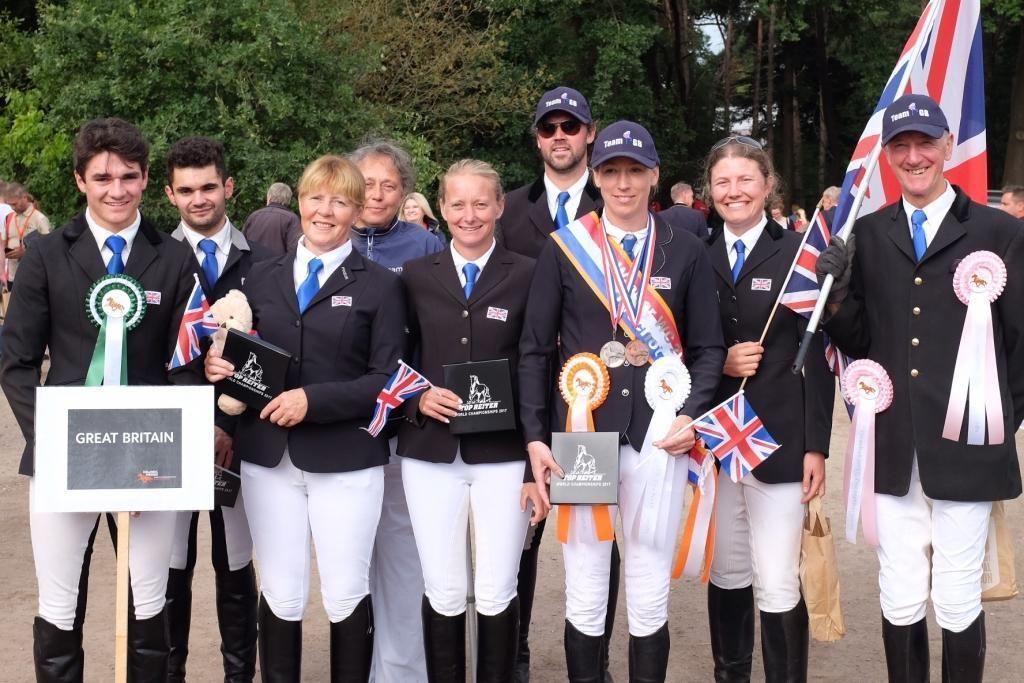 Great Britain began their tournament with success from their youngest team member, Aidan Carson, 17 who lives in Northumberland. Aidan was placed in 5th position amongst the Young Riders in PP1 and was also the only team member riding a British bred Icelandic horse, owned by his father.

Mike Adams, the most senior and experienced of the selected 2017 team, became the first ever British rider to qualify for a World Championship oval track final and rode his horse forward to 9th position in F1, 5 gait.  Mike is the director of Icelandic horse sport in Great Britain and is based in Dorset.

History continued to be made as Charlotte Cook, a British rider based in Denmark with her young family, became the first ever British person to win a medal at the World Championships for Icelandic horses – not only did she win Bronze in PP1, but also took home Gold in P2.  Two medals for Charlotte, her mare and Team GB.

This was a most memorable and successful performance from the British team.  The best performance to date from the whole team, with personal bests and ground breaking performances throughout the tournament of the World Championships for Icelandic horses 2017.

Kirsty Carson, Team manager of the Great Britain Team said: “This has been a fantastic week of Icelandic horse sport in The Netherlands and for Team GB to take home a Gold and a new World Champion in Charlotte and her horse Saela, is simply fantastic!”. The whole team contributed to our best team performance ever at a World Championships, with so many individual great performances.  Charlotte’s Gold came in a time of 7,43 seconds in pace over 100m – very fast and very impressive!  To get so many good performances from our strong team of 8 riders and horses, we were delighted. As a team, we strive to be amongst the best and we are now amongst the best in the World – just wonderful.

As the sport continues to grow in Britain, we can celebrate the success of this little-known sport of Icelandic Horse Sport with pride.  The dedication, drive and commitment from all involved is beginning to shine through in a sport that is barely recognised in Britain amongst equestrians and others alike.

The team is all self-funded, training is limited and competition experience relies on individuals travelling from GB to other European countries to take part in the sport at their own expense. The journey is long, but as the speaker welcomed the British Team in the closing ceremony, her words rang true: “The little team that keeps on growing”.  The pride of such a momentous achievement from a country that has not yet begun to understand the wonders of Icelandic horse sport is true testament to those that commit so much to it and the international world of Icelandic horse sport has certainly noticed the big gains that Great Britain continue to make in this sport. 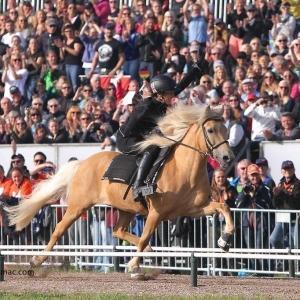