The DNA Registrar, Christine Driver, can be contacted on chrisd2@talktalk.net.
Please click here for the list of DNA hair samples and DNA profiles currently held on file by the IHSGB.

DNA samples held by the IHSGB

The IHSGB also requires that hair samples are submitted for all foals and their mothers at registration of the foal – a passport will not be issued without provision of these samples.

The full studbook rules can be found here.

Since the father of the foal should have had its DNA tested already, requiring DNA hair samples for the foal and its mother should ensure that the foal’s DNA can be tested at any point in future if required (for example because the horse is to be used as a breeding stallion, or because any doubt arises regarding its parentage), even if, for example, one of its parents has died before DNA testing becomes necessary.

The person in charge of storing the IHSGB’s DNA hair samples and organizing DNA tests is the DNA Registrar, Christine Driver. Christine can be contacted by email on chrisd2@talktalk.net.

Christine also maintains the list of DNA hair samples and DNA profiles currently held on file by the IHSGB, which can be found here. The list can be read as follows.  For those horses where there is just a name (and FEIF ID), we hold a DNA hair sample.  For those where it says “DNA” in the third column, the DNA has been tested so we have a DNA profile.  Where it says “DNA x 3”, we have a 3-way proof of parentage on file.

NB: If you have bred any Icelandic horses since 2003, and you are not sure whether the DNA hair samples for both the horse itself and its mother are on file with us, please check the DNA list. If the samples for any of your horses are missing, please contact the DNA Registrar. Ensuring that all samples are on file now can avoid serious issues in case a DNA test is required at a later stage, when one or both of the parents may have died.

In order for a three-way DNA proof of parentage to be established, a lab needs to test the DNA for the mother, the father and the offspring, resulting in three DNA profiles. The lab then compares those three profiles to each other, and can then say whether the offspring is indeed the offspring from that mother and father.

One or more of a horse’s parents may already have had their DNA tested (especially the father) so their DNA profiles may already be on file with a lab in the UK or elsewhere. If so, the DNA Registrar can request copies of those. At least the DNA of the horse in question would still need to be tested by the lab in the UK, to get the required DNA profile. Once all DNA profiles are available, the lab can compare the three profiles to each other and provide the required three-way proof of parentage.

Please be aware that for stallions used for breeding, the three-way proof of parentage has to be done by the end of calendar year in which the stallion is first used to serve any mares, preferably before any servings take place. It can take a bit of time to obtain DNA profiles of horses located abroad, so if you intend to use a stallion with foreign parents we would suggest getting in touch with the DNA Registrar sooner rather than later! 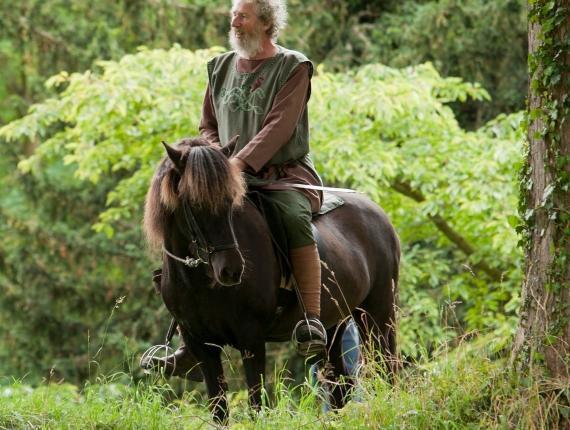